2. Gauge of community support for an Irish Government initiative on a UN Resolution calling for a global ban on fracking

5. ESRI and DRCD publish a “Review of International Approaches to Evaluating Rural and Community Development Investment and Supports”

This is your Newsletter so feel free to send us in information to share out to the community. 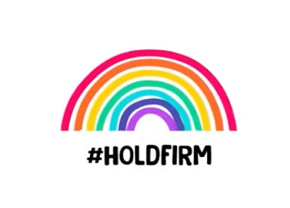 The Kerry PPN supported the SDG workshop given by Saolta on the 28th April. It was a very informative workshop and looked at how groups and organisations can apply these 17 Sustainable Development Goals (SDGs), which reflect economic, social and environmental dimensions of sustainable development to the work that they are undertaking.

This information will be up on the Kerry website www.kerryppn.ie

are reaching out to gauge the level of support from groups from all sectors of wider society who may be interested in signing up to giving support for a United Nations Global Ban on Fracking proposal by Ireland to protect human rights, protect the climate, protect public health and to protect the environment.

People in the Irish anti-fracking movement have already sent an official request asking the Irish government to table a resolution at the United Nations calling for a global ban on fracking. Such proposals must be initiated by UN Member States and cannot be initiated by the UN Organisation itself which is why we want Ireland to be the country to take the initiative. It is important that the government can witness that this move would have broad societal support in Ireland, which is why we are reaching out now to you and all groups in the Public Participation Network for your input to see if there would be effective societal support for this initiative.

The petition wording is:

“We, the undersigned, support a call for a global ban on fracking being proposed by Ireland at the United Nations General Assembly on climate-mitigation, public-health, environmental-protection and human-rights grounds.”

Ireland already has a strong legislative ban on fracking so the country would not be asking for anything of the United Nations that was not already done in Ireland.

Within weeks Ireland will be also be the first country worldwide to, hopefully, publish a policy against fracked gas imports.

The ask is that the Irish Government would propose a global ban on fracking at the United Nations General Assembly. To date, a strong commitment from the Republic of Maldives has been secured by the global anti-fracking movement as the global-south representative. This call follows on from an open letter to United Nations Secretary-General António Guterres, signed by over 450 grassroots groups, organisations, celebrities and scientists from around the world, calling the U.N. to champion efforts to stop fracking. Ireland is already showing leadership on fighting fracking at the global level by proposing a policy statement against fracked gas imports and also again being the first country in the world to commit to withdrawing public money from being invested in fossil fuels. Given that the fracking industry is contributing most to global warming acceleration Ireland is uniquely well-positioned to lead the effort as the global-north sponsor of any such resolution.

There is more background information on the petition link for your information with another link here to the initiative.

Joe O’Brien TD, Minister of State at the Department of Rural and Community Development and Minister for Transport Eamon Ryan TD have today announced the launch of a three-year pilot initiative for the provision of high quality up-cycled bicycles and e-bikes for those on low incomes and/or those who are most marginalised and disadvantaged.

“This scheme will provide a vital transport option to those on limited incomes. Access to bikes and e-bikes can open up a whole range of new opportunities.

Applications are now being sought from eligible organisations for inclusion on this programme.  Organisations eligible to apply are those currently supported under the Community Services Programme or alternatively are in a Partnership/Consortium of which at least one member is currently a CSP supported organisation.    It is envisaged that the pilot will support up to 6 social enterprises in 2021.

The Economic and Social Research Institute (ESRI) and Department of Rural and Community Development (DRCD) today (29 April 2021) published the first output of a joint research agreement between the two organisations.

Key findings from the report are:

“I am delighted to see the publication of this report. The report highlights the important investment and supports being delivered by the Department for our communities. The research conducted under our agreement with the ESRI will enable us to better understand the impact of the work of the Department and inform policy development.”

“It is a core principle of sound public finance management that expenditures should be evaluated to ensure that objectives are being met and that value for money is being obtained. However, it is widely recognised that such evaluation is methodologically difficult in the areas of rural and community development due in part to the multiplicity of objectives and the dispersed nature of the funding. The Department of Rural and Community Development deserves great credit for partnering with the ESRI and for asking the Institute to explore ways of bringing evaluation techniques to DRCD programmes.”

The report is available at ersi.ie

Education and Training Boards Ireland (ETBI) wants to hear from you on the development of a new three-year strategy. The impact of the COVID-19 pandemic on society, on the world of work and on education and training has seen unprecedented levels of disruption and adoption of remote work and remote and blended learning.

In the context of this strategy consultation, ETBI is the representative association of the 16 Education and Training Boards (ETBs) consisting of our forums and their respective networks and groups. As a sector we have over 32,000 staff, are responsible for 27 Community National Schools, 246 Post-Primary Schools with over 110,000 students. ETB Post-Primary Schools are the largest provider of education through the medium of Irish with 47 schools (Scoileanna Gaeltachta, Gaelcholáistí, Aonaid lán-Ghaeilge). ETBs deliver Further Education and Training to 200,000+ unique FET learners each year across over 200 FET colleges/Training Centres and play a central role in the delivery of apprenticeships and traineeships in partnership with employers.

To help us do this, we would like to hear your views on the following questions:

ETBI would like to thank you in advance, for taking the time and effort to complete the survey to help us to better understand your needs to inform our future strategy.

Funding has been provided by The Department of Rural and Community Development (DRCD) under 2nd round of the Covid-19 Emergency Fund for community and voluntary groups badly impacted by Covid-19.

Kerry County Council has been allocated a fund of €52,280.

Full list of the groups that have been allocated funding in Kerry under this grant are available on www.kerrycoco.ie

Now that we are able to travel out past our 5k and have inter county travel, you may find this link useful when planning a trip.

pee.ie, is the definitive list of public toilets in Ireland.

It’s a shared Google map so once opened on your smartphone you can refer back to it whenever needed.

Our map relies on updates from intrepid toilet users across the country, So you can go onto www.pee.ieand submit or update an existing one.

Some toilets on the map are located in shops & service stations, if you use these, please support these businesses with your custom if you can.

An initiative under the Town and Village Renewal Scheme

All queries should be addressed to rdi@drcd.gov.ie

Rural Future recognises remote working hubs and BCPs as being key economic assets for towns and villages throughout Ireland. By supporting sustainable economic activity and local job opportunities, hubs can help to drive both urban and rural regeneration and support the balanced regional development goals under Project Ireland 2040.

One of the key actions of Our Rural Future will be the development of the National Hub Network. Today Minister Heather Humphreys T.D. launched the €5m Connected Hub Call to support this goal. https://www.gov.ie/en/policy-information/d916d7-digital-initiatives-schemes/#connected-communities-initiative

Your organisation is recognised as a key partner in the development of the National Hub Network and we look forward to your engagement and collaboration in this space over the coming months. The effective delivery of this scheme will require the support of all Local Authorities and other relevant agencies and bodies to this end we have attached a short stakeholder information note and the scheme outline document for this call.

In addition, the Regional Development and Innovation Unit will be holding online information sessions regarding this call on the 13th and 14th of May, and details regarding same can be found in the information note attached. It would be appreciated if perspective attendees could contact the RDI mailbox as early as possible in order to gauge demand for particular slots.

Should you have additional queries regarding this scheme, please direct them to the rdi@drcd.gov.ieinbox.

Deliberative democracy goes beyond mere representation to give a voice to all citizens in the decision-making process. The development of the Public Participation Networks (PPNs) in 2014 provided a mechanism for community groups to have their say in local government decision-making. With over 15,000 member organisations, PPNs are going from strength to strength. In this Ten-Minute Lesson, we take a quick look at the pathway to the development of the PPNs.

You may be interested in some upcoming events.  The NDA is holding a consultation event on ‘Building Back Better’ on Friday 14 May 2021.  Employers for Change (funded by DCEDIY) is holding two seminars on 5 Mayand 31 May.  Links to all below.  Feel free to circulate to your own networks.

Building Back Better: The Post-Covid-19 world for persons with disabilities

Join Employers for Change and Adam Harris, CEO AsIam to improve your understanding of disability and build your awareness. Adam Harris set up AsIam based on his own experiences growing up as a young autistic person in Ireland. A Social Entrepreneurs Ireland Awardee, Adam is a frequent contributor to media and conferences in Ireland and overseas. He has also sat and advised on many government consultative and policy committees on disability rights and inclusion. Adam was appointed to the Irish Human Rights and Equality Commission in July 2020.
Register on Eventbrite .

Join Employers for Change for a Disability Awareness seminar on Inclusive Recruitment, facilitated by Stephen Kelly, Managing Director of Ability Focus.
Stephen Kelly is the Managing Director of Ability Focus and an experienced Disability Inclusion Specialist, drawing on over fifteen years’ experience in the recruitment, training and supported employment sectors.
In this session, Stephen will give tips on building an inclusive recruitment process with a key focus on disability.
Register on Eventbrite .

Please circulate these details to your contacts. ... See MoreSee Less

Proposed dates for Secretariat and SPC’s 2021

About the Age Friendly Programme

Roadmap to Reopen the Country

Coronavirus A Book For Children

At Home Activities for People with Dementia, Families and Carers

COVID 19 AND YOUR MENTAL HEALTH

SENSIBLE VOLUNTEERING IN RESPONSE TO COVID 19

COVID 19 HOW TO PROTECT AGAINST FRAUD AND GENERATE TRUST

Read More
We use cookies to ensure that we give you the best experience on our website. If you continue without changing your settings, we'll assume that you are happy to receive all cookies from this website. If you would like to change your preferences you may do so at any time in your browser’s settings. You can read our cookie policy here